An online survey for SGH

In the second half of January 2011, I have created a survey of students and employees of the Warsaw School of Economics regarding the current and envisioned state of its campus. A total of 1368 participants have taken part in it. You can view the results (in Polish), which I have presented on March 30, 2011 during the Public-Private Partnership Conference and also during the INTA Roundtable: Rethinking University Space in September 2011, for which a summary of the survey (PDF in English) was made.

The survey itself was created as an application in Django running on the SKNIIN website. After the query an expandable list of provided answers was automatically generated, a fragment of which you can see below. 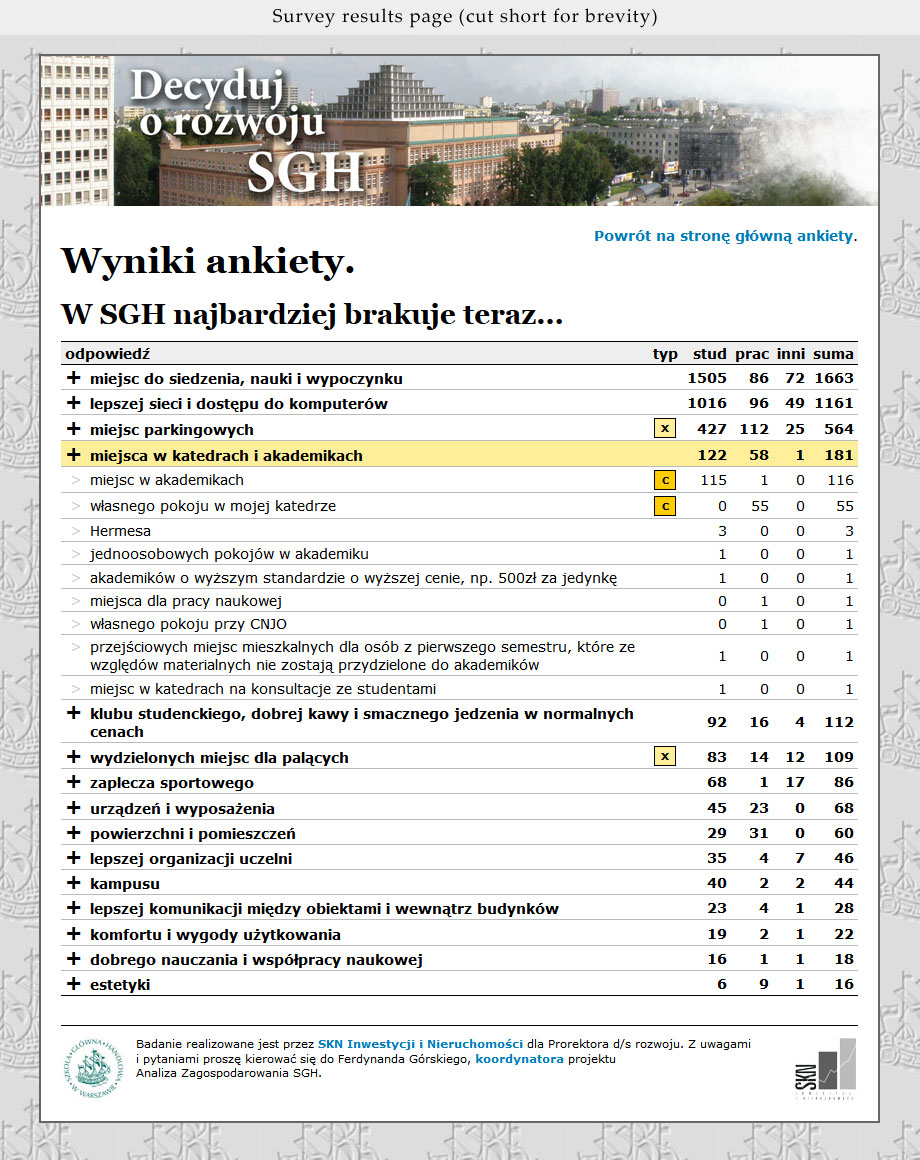